Diabetes and the Eye

Did you know that diabetes can have an impact on your eyes?

Diabetes is a condition where blood sugar levels are too high. There are two types of diabetes, type 1 and type 2. In type 1 diabetes, the body has an inability to produce insulin due to the autoimmune destruction of beta cells in the pancreas where insulin is produced. Insulin is a hormone in the body that helps glucose in the bloodstream get into the cells of the body which gives the cells' energy. In type 2 diabetes, the body has a resistance to insulin so glucose in the bloodstream is not being transported into the cells.

What Diabetes Does to the Eye

Diabetic retinopathy occurs due to increased blood sugar levels in the body that leads to a decrease in oxygen. The lack of oxygen leads to increased vascular permeability and neovascularization which are findings seen in diabetics retinopathy. These changes can be seen in the eye upon a dilated eye exam or fundus photos.

Upon viewing the back of the eye, the doctor can see: 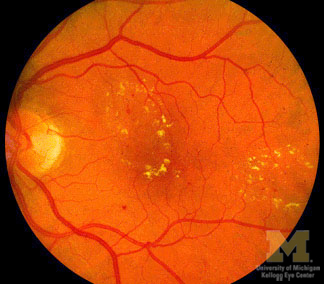 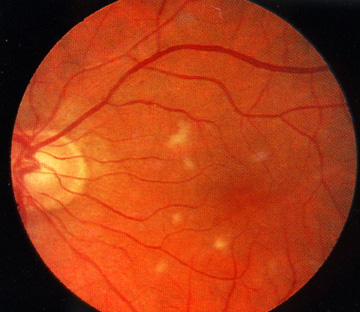 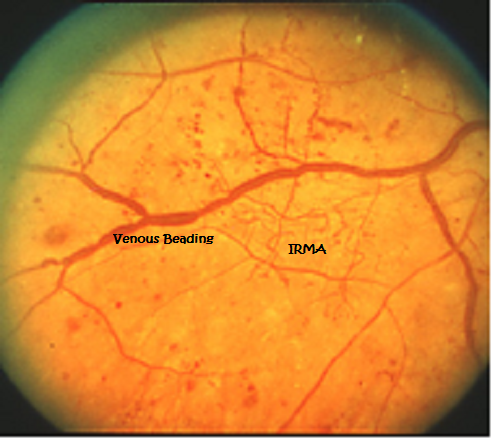 As the duration of diabetes increases also the likelihood of retinopathy also increases. Controlling blood glucose, blood pressure, and lipid levels reduce the development and progression of diabetic retinopathy. Diabetes can also increase the risk of cataracts and glaucoma. If you have been diagnosed with diabetes, it’s important to get annual eye exams to make sure diabetic changes are not occurring in the eye.